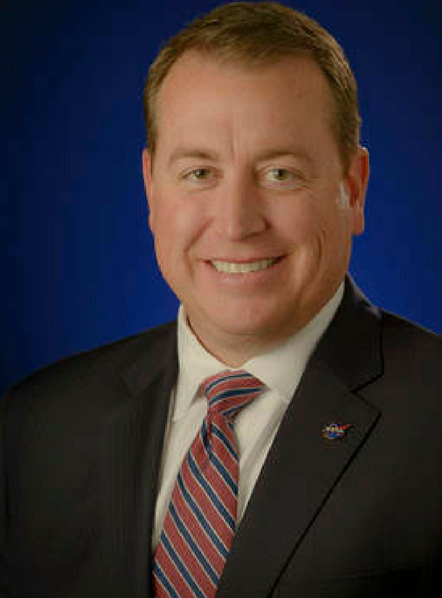 Jeff DeWit was unanimously confirmed by the U.S. Senate on March 14, 2018, to serve as NASA’s Chief Financial Officer. As NASA CFO, DeWit ensures the financial health of the agency, which includes effectively employing agency resources toward the achievement of NASA’s strategic plan. He manages the organization’s budget and fiscal operations, directs the preparation and submission of annual financial and budgetary reports, and coordinates agency financial management activities with other federal agencies.

DeWit comes to NASA from Arizona state government, where he was elected in 2014 and served as State Treasurer, a role in which he was responsible for the oversight of more than $15 billion in state investments and more than $32 billion of annual inflows and outflows. DeWit also served as the chairman of Arizona’s State Board of Investment and State Loan Commission, and as Surveyor General.

DeWit’s career in finance began in 1992 at one of the largest brokerage firms in the country, moving up quickly to become one of Smith Barney’s youngest fully-licensed investment professionals.

In 1999, DeWit started a company called ECHOtrade, and during his 14 years as Chief Executive Officer at their Phoenix headquarters, he grew the company to more than 500 licensed professional traders worldwide. He also developed and pioneered one of the first software platforms that enabled market makers to trade off the exchange floor reducing costs and creating efficiency, while producing some of the best real-time financial risk management software and algorithms.

DeWit has a Master of Business Administration from the University of Arizona, a Bachelor of Science in Business Administration with a concentration in Finance from the University of Southern California, and also has an accounting degree. He also has two certificates in Public Treasury Management from the National Institute of Public Finance, and is a National Association of Corporate Directors Board Leadership Fellow.