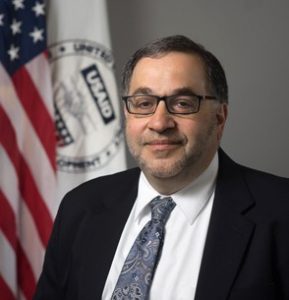 US AGENCY FOR INTERNATIONAL DEVELOPMENT

Kent Kuyumjian is the Deputy and Acting Chief Financial Officer at the U.S. Agency for International Development (USAID). Previously, Mr. Kuyumjian was the Comptroller and Deputy CFO at Treasury in the Financial Management Service Division.

Mr. Kuyumjian earned a Master of Arts (M.A.) degree and a Bachelor of Arts degree (B.A.) from the University of Connecticut in 1983 with a major in economics.