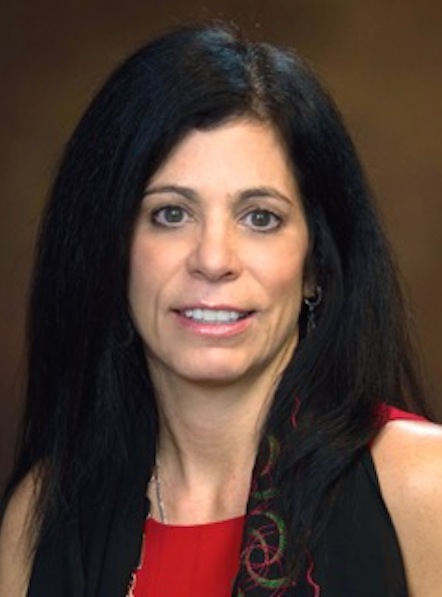 Jolene Ann Lauria is the Deputy Assistant Attorney General/Controller for the Department of Justice (DOJ). She is the principal financial management and budget expert for the Department of Justice. In this capacity, she is responsible for the development and execution of a budget of over $30 billion, DOJ’s Performance and Accountability Reports, and the operational responsibilities which are at the core of executing one of the nation’s largest public sector budgets. This budget spans over 40 separate component organizations, including high-profile law enforcement organizations, such as the Federal Bureau of Investigation, Drug Enforcement Administration, the United States Marshals Service, the Bureau of Alcohol, Tobacco, Firearms and Explosives, and the Bureau of Prisons. Her responsibilities also include the issuance of the Department’s public financial statements, its accounting operations, and operational control over Departmental funds such as the Working Capital Fund ($1.7 billion), the Assets Forfeiture Fund ($2.1 billion), and the Civil Debt Collection Fund ($180 million). Jolene also serves as the Department’s Performance Improvement Officer. In all of these capacities, she makes critical strategic planning and resource recommendations to the Attorney General, Senior Policy Staff, the White House and Congress.

Ms. Lauria has served in several key financial management positions during her 25 years in the Federal Government. Prior to this position, Ms. Lauria was the Director of Budget Staff for the Department of Justice where she had operational responsibility for the formulation and execution of the Department’s budget, and its performance outcome measures. She was the Deputy Chief Financial Officer/Director of Budget at the National Oceanic and Atmospheric Administration (NOAA), a $4 billion organization. As Deputy CFO/Director of Budget, Jolene was responsible for all budget and financial management activities for a vast array of programs from weather and climate prediction services to critical environmental research to managing the nation’s fisheries. Jolene has held a variety of other positions in the budget and financial management arena including: senior budget examiner to the Attorney General for Immigration and Federal Prison issues, budget analyst for President’s Office of Management and Budget, and as professional staff at the U.S. Senate Appropriations Subcommittee for Commerce, Justice, State, the Judiciary, and related agencies. In addition to budget related positions, Jolene has held analyst positions at the U.S. Department of Housing and Urban Development, Public and Indian Housing Policy, the Montgomery County Government, Office of Legislative Oversight, and the Baltimore City Department of Social Services, Intergovernmental Liaison Unit. She has also worked for non-Profit organizations such as the International City Management Association, and the American Society for Public Administration.

Ms. Lauria has a B.S. in Political Science, a certificate in Public Administration from the University of Maryland, Baltimore County, and has a Master’s degree in Public Administration (MPA) from the American University. Jolene is also a graduate of the Federal Bureau of Investigation National Academy. She was the recipient of the Patricia Roberts-Harris Fellowship at the American University and the American University’s Arthur S. Flemming Award for Exemplary Public Service. Ms. Lauria was awarded the Presidential Rank Award in 2010 (Distinguished) and 2006 (Meritorious), and in 2010, she received the Attorney General’s Award, the highest honor granted by the Department. Jolene was twice a Federal 100 winner, in 2009 and 2015. This prestigious award recognized her risk-taking, vision and pioneering spirit in the federal IT community.